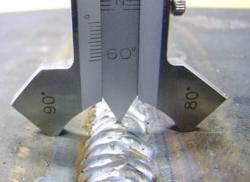 The activities of the Inspection Body of SVV Praha, s.r.o. include inspections in the area of metal welding, with giving focus on determination and qualification of the metal welding procedures according to ČSN EN ISO 15607 and other related standards.

Possible issue of the EWF certificate as per EN ISO 3834-2,-3,-4 (based on the contract of mandate CWS ANB CC PAB – after satisfying the certification requirements)

Inspection of the certified company according to the Czech Railways Instruction V 95/5:2011 upon authorization issued by ČD a.s. (Czech Railways).

SVV Praha, s.r.o. is an authorized testing institution (TI no. 19) involved in the system of training and testing of welders of CWS ANB with an accreditation issued by ČIA (Czech Accreditation Institute).

Testing of welders according to:

Testing of solderers according to: